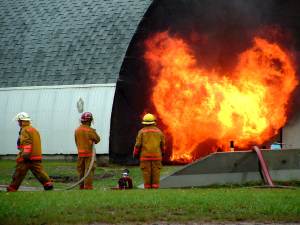 March is well on its way to being written up as a decidedly odd month; strangely dry, unusually warm, and replete with eccentric client requests – law school really does not prepare one for the question: “where can I get a good medical kit for disasters?” Now, from a client’s viewpoint, I suppose that a lawyer’s stock in trade does center around disasters – after all, when the average client walks through the door looking to hire a lawyer something in their life has really blown up in a big way – though I am not sure that there is a 1 to 1 mapping between being able to resolve disasters of a legal kind and being able to handle disasters mother nature throws our way.

Now, my search for a good medical kit lead me through the highways and byways of the internet and along the way, serendipity re-acquainted me with Don Lancaster (or at least a Don Lancaster inspired “nickel generator”). For those of you unfamiliar with the geek world’s paleolithic era (the 1970’s), Don Lancaster was an advocate for the concept of micro-scale businesses (at that time the tech world’s solo practitioner) arguing that it was only this type of business that was agile enough to recognize and react to the coming (remember, this is the 70’s) paradigm shifts. END_OF_DOCUMENT_TOKEN_TO_BE_REPLACED

The editors of the MSBA’s Practice Blawg have released their list of the top 25 Minnesota Blawgs for 2011. Rural Lawyer is, again, honored to be included on the list. Take some time to peruse the other 24 honorees – they are all good reads.

So Owl wrote…and this is what he wrote: HIPY PAPY BTHUTHDTH THUTHDA BTHUTHDY. Pooh looked on admiringly. “I’m just saying ‘A Happy Birthday,'” said Owl carelessly. — A. A. Milne

October has swept all most all of her color from the trees and Rural Lawyer now turns 3; which in technological terms is early middle age (at least by Moore’s law standards). One would think that this momentous occasion would be marked by public fanfare and wild acclaim, but alas the world has continued with nary a pause, blithely unaware.

On to other things —

This post marks the first century of my odd ramblings about practicing as a solo out in rural America and I thought I’d mark the occasion by reviewing some of the topics I’ve covered. Rather than doing it through my eye’s, I thought I’d let the words of a keen observer of humanity do it for me, a man who once observed that “Adults are just obsolete children” and whose nonsense has helped to wake up our brain cells and enabled us to laugh at life’s realities – Dr. Seuss.

To keep things straight, the good doctor’s words are in italics. END_OF_DOCUMENT_TOKEN_TO_BE_REPLACED

The only way to last a really long time is to build something useful enough that people will want to keep it going after you die, and to cultivate a sense of ownership in other people. In short: make good shit and give it away as fast as you can.
Lisa Williams 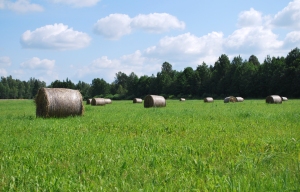 Well if this has posted, I’m still waiting on either the weather to improve or my equipment to be repaired. Equipment seldom breaks down when the repair shop is open – if the shop is open, the part you need will, inevitably, have to be ordered at which point, it will be discovered that this particular part has been on back order for the last 18 months because the only factory that makes it has been closed due to a wildcat sympathy strike. Makes me glad that I buy reliable American farm equipment (corporate headquarters in Amsterdam, assembled in Italy with parts from Germany, Canada, and France) rather than that off-brand foreign stuff.

Copyright © Bruce Cameron and Rurallawyer.com, 2009-2016. Unauthorized use and/or duplication of this material without express and written permission from this site’s author and/or owner is strictly prohibited. Excerpts and links may be used, provided that full and clear credit is given to Bruce Cameron and Rurallawyer.com with appropriate and specific direction to the original content.
Loading Comments...
Comment
×